Coming up on Zabalaza this June:

Jazzman is not one to let an obstacle get in his way. Moss attracts attention when he gets into it with cops who are looking for Waka.

Too Much Too Soon

In the midst of death, Mygirl is determined to be a star. KG is a different person and plays hardball at Slick Vic – to Victoria’s surprise.

Q is stung when he is not acknowledged as a Morapama. KG is still playing games and thinks she has the upper hand. Ray can’t take the guilt any longer.

The family gets ready for the final send-off and an unexpected family member makes an appearance.

The Ndou family is surprised and worried to see the soft side of Sydney come out towards KG. Meanwhile, the Morapama family is touched by Jazzman’s extreme measures to be there for the family.

The Slick partners pretend to celebrate KG’s new position. Qiniso reacts when he’s yet again side-lined at work, while his ex-girlfriend receives a special gift from Waka.

Sydney loses it with KG, who refuses his help to get her ready for the Goliath pitch. Mthunzi steps in to help a devastated Gasta. Sponono lets the homeless woman slip right through her fingers.

Too Close To Home

A miserable Moss wants others to feel the same misery. Sydney laughs off KG’s accusations after she sees an intimate moment between him and Victoria.
Teasers by www.tvsa.co.za

An emotional Lindiwe costs Mo Events a client after she lashes out at the CEO. Will KG come out tops or will the Slick team win once again?

Enough is Not Enough

Sponono suspects that Mthunzi and Gasta are getting too close. Just when things are about to go west for Mo Events, Moss steps in and saves the day. KG’s joy over winning Nikki over is short-lived.

Lindiwe and Ray arrive home to find an uninvited visitor, leaving Lindiwe unsettled and him seething.  Moss battles to celebrate his successful night as he fantasises about having Shaka with him.

Victoria has planned a weekend away with Sydney, who is feeling rather anxious about it. Gasta gives Mthunzi false hope about selling the club. Meanwhile, Nathi and Lindiwe get busy… with work of course!

Blast From The Past

Nikki doesn’t take being blackmailed lightly, but she’s left with no choice. Herbert loans Q a chunk of money – to Ray’s dismay.

Qiniso’s plan to renovate the Jazzclub is in motion despite Mthunzi’s reservations. Sydney is a tormented man, caught between a rock and a hard place.

Ray takes the risk to cover up his tracks while Lindiwe enjoys her time off work. Q’s dream finally comes true.

Q’s nerves worry the family but his mother’s words calm him down. Will Club 94’s launch be a success? Sydney surprises one lover but disappoints the other.

Moss’s act of revenge lands him in trouble. Sydney is given an ultimatum: he either loses everything he’s built with Victoria or loses KG. Which one will he pick?

The tension between Lindiwe and Ray doesn’t go unnoticed. Gasta blames herself for her sons suffering. KG gives Victoria a piece of her mind.

Zabalaza is on Mzansi Wethu and Mzansi Magic from Mondays to Thursdays at 21h00. 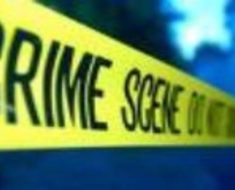 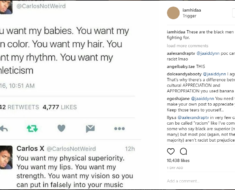