Home
Inspirational
News
Work
Pics! Young Man Gets SBV South Africa’s Attention Because Of What He Was Wearing
Prev Article Next Article 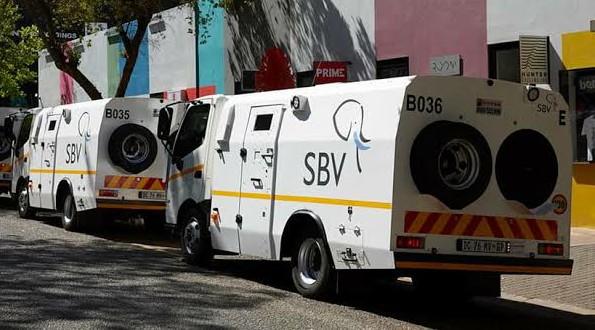 Pics! Young Man Gets SBV South Africa’s Attention Because Of What He Was Wearing. People do many things to ensure that they get the job of their dreams but one person went over to allegedly show that he wants the job.

Social media influencer ‘Man’s NOT Barry Roux’ (@AdvoBarryRoux) says, “This young man is very creative I saw him near Debonairs, the time I was walking I thought his the guard…” Black Twitter also went on to promote him getting a job at the cash-in-transit company, SBV. One tweep says, “I don’t know where this guy works, but you can tell his dream company and job. Can we make trend until this gets to SBV?” One tweep says, “Can someone please tag SBV to organise something for this guy, clearly he will love his job.”

One tweep says, “When applying for a SBV job and they need reference…” One tweep says, “I think this young man here needs a job at sbv so my advice is to attach [these] pics on his CV…” The cash-in-transit company went to say that they are impressed with the young man. “We are very impressed with this incredible talent- and he certainly knows quality in cash services companies. If you can get us his number, we would love to meet him,” says SBV South Africa. The company ended up getting his mother’s numbers. 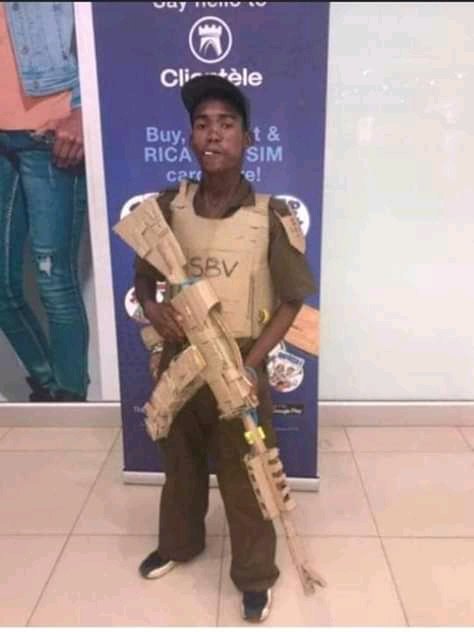 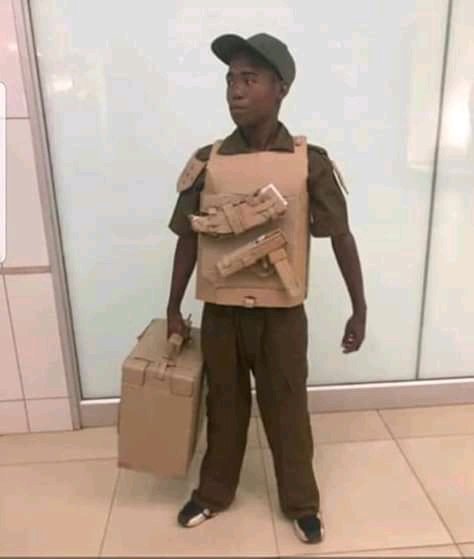 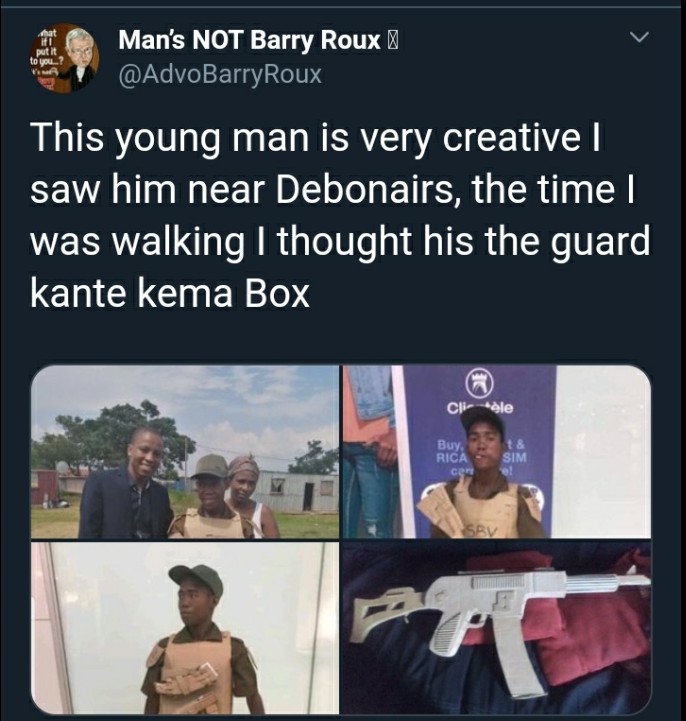 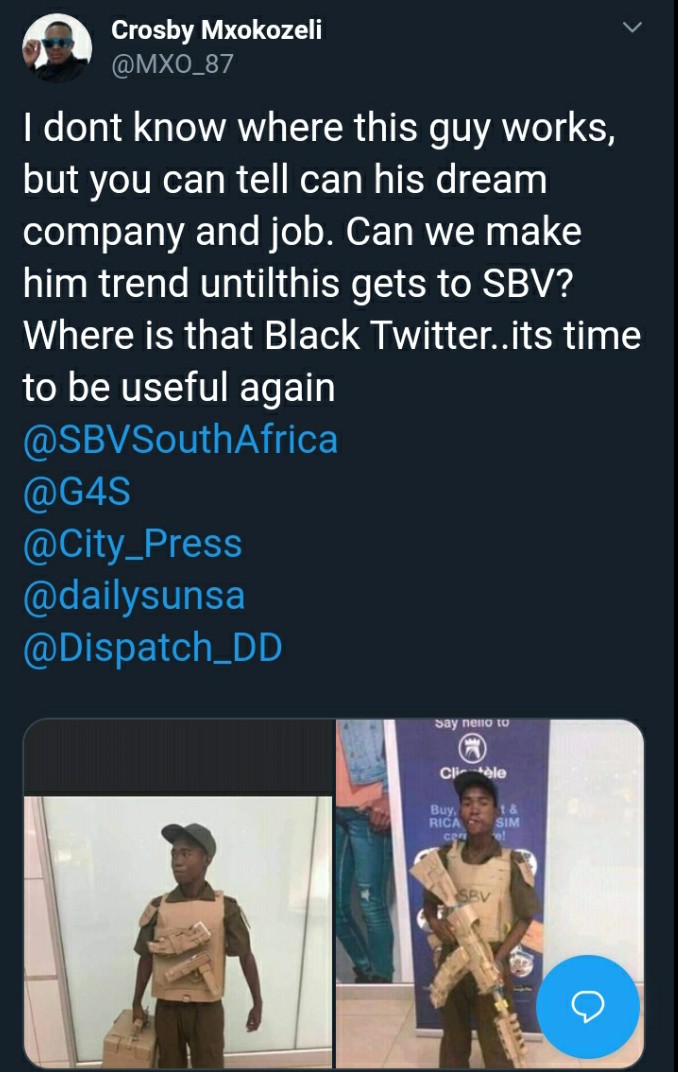 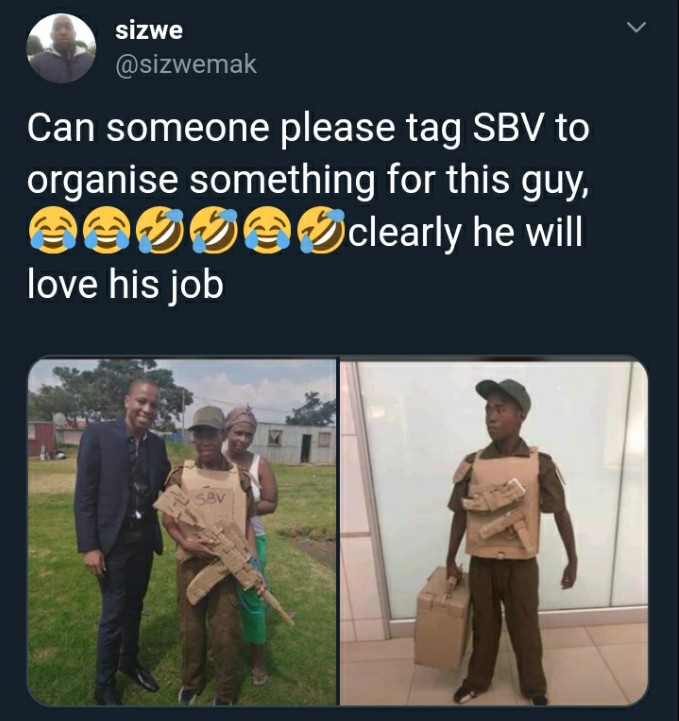 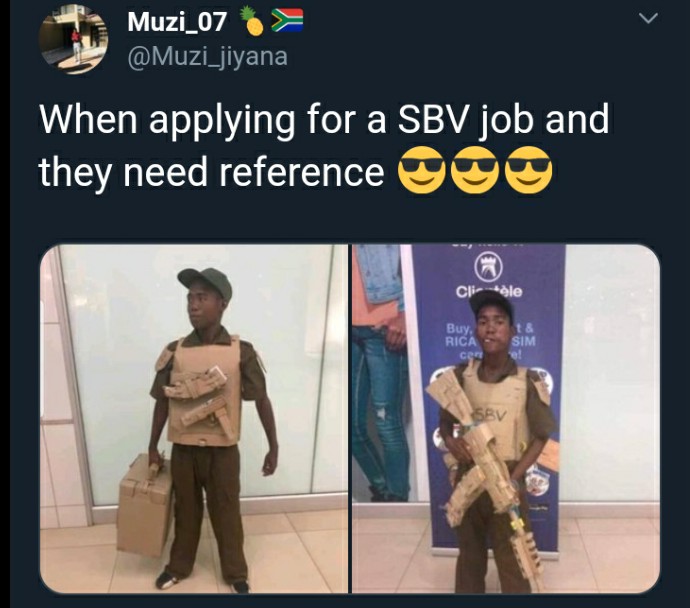 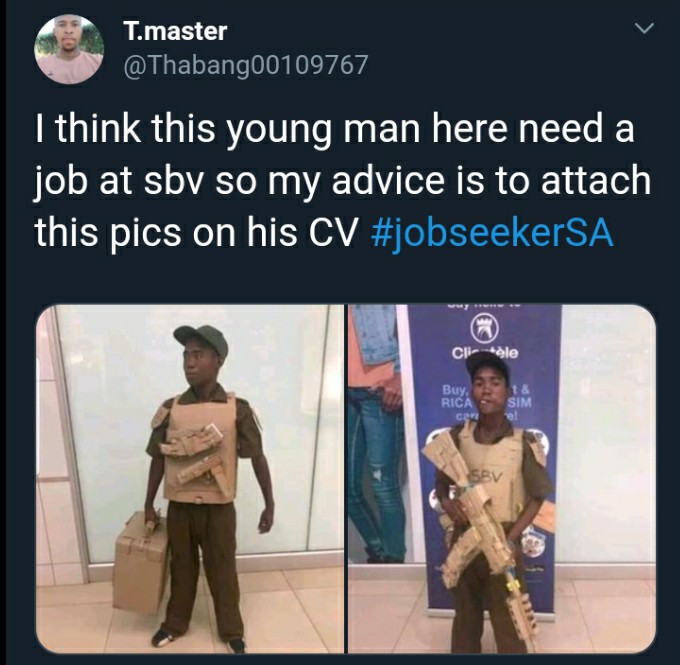 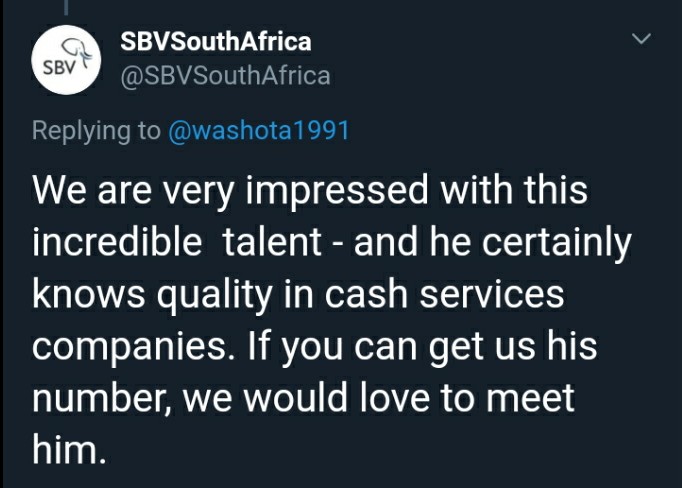 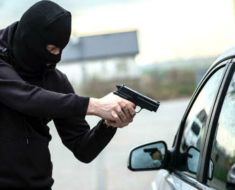 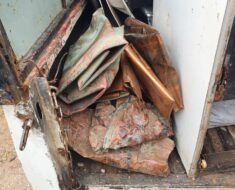 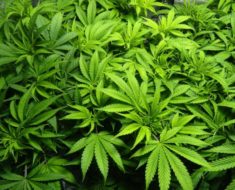 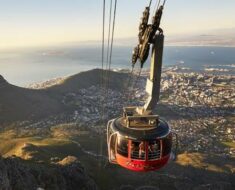