Home
Uncategorized
My boyfriend might be using me as rebound.
Prev Article Next Article

My boyfriend and I have been close friends for the past 3 years while we were both in a relationship with other people. Both our relationships ended around the same time (Last December-January) and we’ve been getting extremely close after those months. In April, we decided to take a week long trip together to Boston, sharing the same bed, had sex, and realized that we both had feelings for one another. In early May, he asked me to be his girlfriend in which I happily agreed. Right after he asked, he mentioned that he was still friends with his ex and was wondering if I would be okay with that. I said that was perfectly fine thinking they both had mutual platonic feelings of understanding and didn’t dwell too much into it.

Over the next few weeks, I discovered that he is extremely private about relationship with me. Even though he’s particularly close with his family and his friends, he did not tell them that we were in a relationship. We also have the mostly same social circle since we use to be friends prior. There was one instance where I was chatting online with one of my friends, and he asked me how I was in the love department in life. I texted my boyfriend asking if it was alright that I told my friend we were in a relationship and he said he would prefer to keep it private. So I simply told my friend that I was doing well in general- basically I ignored his question and changed it to another topic.

We were invited to a housewarming party a week after we started the relationship. At the party, my boyfriend and I were being affectionate (holding hands). Two of our close friends at the party recognized this and asked if we were a couple and I said yes. My boyfriend was okay with them knowing after I asked him.

Whenever my boyfriend and I would hang out together, the two people that knew we were a couple would text my boyfriend often asking what he’s doing. He would make up lies and saying he was sleeping, or working on something. He would never tell our friends that we were actually spending time together. I don’t understand why he would have to lie over something simple like this.

Also, usually on Friday when he decides to sleep over, he would text his parents saying he’s sleeping over a guy friend’s house. His mom and sister has suspicions that he’s lying since the sister texted the guy that my boyfriend said was sleeping over at and our friend said that he never slept over. Our friend told me about this a couple of days ago but my boyfriend doesn’t know that his family can see through the lies.

When we hang out together, I would catch him texting his ex girlfriend. They would text often when we would go out and do stuff together or when we’re at my apartment watching a movie. I would get extremely uncomfortable but try not to mention it because I want to be understanding and not make dangerous assumptions. When they text, he would purposely angle the phone away from my view or when I would come over to him, he would immediately turn off the screen. I don’t know if this is something I should be suspicious of.

Early June, his ex girlfriend’s father died to cancer and he has been there to support her. I don’t mind this at all and find it admirable. However, I’ve been having a gut feeling that his ex might still have feelings for him.

A week ago, he left his email chat account open on my computer and my curiosity got the best of me. I ended up finding messages of his ex saying that she misses him and wonders what he would say if she wants to get back together with him. His reply was, “I’m not ready to get back together with you yet.” After I read that, I immediately signed off of his email and sat there silent, at a lost of what to really think. My boyfriend is a very private person by nature but this feels like a red flag. I don’t feel very comfortable about this situation. I don’t know if I should simply come out and talk to him about how I feel in regards to his situation with his ex girlfriend or I should wait it out and simply see what happens. 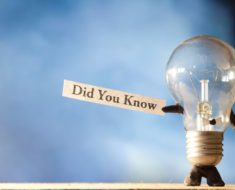