Busi meets again with her professor. Thandaza decides to honour her grandmother, KaNgosini. Ndalamo refuses to come back to Thathe as his life spins out of control.

James resorts to drastic measures in a bid to protect Busi. Mankosi gets angry when Thandaza asks about a past she wants to forget. Matshidiso plays Ndalamo and he falls for it.

James learns that his methods may not be the most effective ones. Thandaza turns to her father for answers. Mulimisi warns Ndalamo about the women in his life.

James forces Busi to do an awkward thing, inviting a stranger in his house. Mankosi’s strange behaviour continues, and Thandaza grows even more concerned. Ndalamo’s life is turned upside down by forces he can’t understand

The professor makes a good impression on James and Nthabeleng. Mankosi reveals how old skeletons from their past. Ndalamo’s legs are suddenly paralysed. Is this the work of the ancestors?

A new man gives Busi flowers. Nthabeleng gives Ndalamo his test results. Mankosi doesn’t turn up for her duties, and she is nowhere to be found.

Busi comes close to sharing an intimate moment with her new crush. Mankosi asks Thandaza to stop fixing the dead and buried past… Ndalamo wants to go to America for assistance. Gizara forbids the idea.

James gets the wrong end of the stick. Thandaza pushes her mother over the edge. Mulimisi tells Ndalamo what he needs to do if he wants to be healed.

James unwittingly ruins things for Busi. Ndalamo tells Mulimisi what Mulimisi needs to do if he wants him to repent. Mankosi finally gets Thandaza to back off. But will it last?

Busi’s relationship with her new guy moves to the next gear. Mulimisi heals Ndalamo, but warns him of the long road ahead. Mankosi and Thandaza continue to fight over tombstones.

Busi Motsamai has dug herself into a very dangerous hole and it’s getting deeper and deeper. Ndalamo drops a bombshell on the family. Emotions run high when Mankosi is forced to confront a past she would rather forget about.

Busi gets a fright with her father’s relationship with her professor. Azwindini gives Ndalamo his answer about a position at MMC. Malume Themba and Mankosi discuss a longlost family member.

The professor dumps Busi. Mankosi has a dream about her mother. Muvhango thinks he sees Thifhelimbilu at his school.

Muvhango has a nightmare about Thifhelimbilu. Busi continues to be controlled by her Professor.
Thandaza finds out an old family secret.

Busi freaks out when she finds something on her Professor’s laptop. Muvhango learns of a plot to send him away. Thuli and Thandaza discuss how amazing it would be to find their lost family member.

Muvhango sleepwalks into danger. The professor tries to find out how much Busi knows about his secret.
Thandaza is at it again trying to play a hero.

Busi receives a threat that leaves her fearing for her life. VhoMasindi receives news that makes her blood run cold. Thandaza and Thuli are set to carry on their mission.

James unwittingly helps the professor to get to Busi. Malume Themba and Mankosi finally agree to go see if the man found is their longlost brother. Muvhango is cleansed.

Muvhango is on SABC2 from Mondays to Fridays at 21h00. 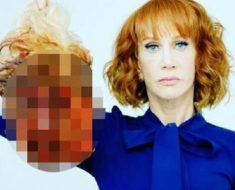