Zukisa decides she needs to stop Katlego before she does something truly evil. Benjamin continues to play mind games with an unhappy Brad. Lerato makes a horrific discovery.

Katlego’s demonic dance continues as she plots to end Amu’s pregnancy. Gnawing self-doubt starts to eat away at Brad’s confidence. The barrier between Lerato and Sechaba seems to grow more insurmountable by the day.

Katlego gets ready to go back to the dark side. Benjamin continues to push Bradley’s buttons. Lerato makes a monumental decision, will she regret it?

Katlego gives Amu the muti which will cause her to lose the baby. Will Brad submit to Ben’s blackmail over the video of Brad kissing Palesa? Lerato tries hard to be the big boss-lady as she starts interviewing candidates to work in her salon.

Barker makes a shocked Katlego an offer she doesn’t dare refuse. Bradley finds himself in deeper water than he’d imagined. Sechaba and Lerato are both in denial.

Katlego cracks under Barker’s pressure, but Calvin offers hostile resistance. Charlie’s attempts to get her life back on track blow up in her face. Hamilton delivers shocking news to a horrified Lerato.

Lincoln’s volatile behaviour threatens to steer the Sibeko ship onto the rocks. Brad makes a decision that could prove critical to his and Charlie’s future. Katlego and Calvin’s relationship takes strain.

Calvin risks all and reveals too much through reckless and impulsive behaviour. Barker plays puppet master with the intention of thwarting Bradley’s plans. Lerato decides to aim high for her much needed loan, with Hamilton’s encouragement of course.

Lincoln squeezes some info out of Sizwe about Kat and this gives him an idea to force her to confess. Ben tries to secretly use Frank in his plan to trap Brad. Lerato finally plucks up the courage to ask Georgie for money.

Lincoln’s obsessive behaviour threatens to derail his relationship with his son. Barker demonstrates just how far he will go in order to control Brad. Hamilton increases the pressure on Lerato to come up with the cash.

An angry and frustrated Lincoln launches an all-out search for Katlego and her anonymous lover. Ben’s plan to bring Brad down, once and for all, depends now on Frank. Hamilton plays a dark and devious game with Lerato.

Lincoln gives Nikiwe an impossible ultimatum. Benjamin gets a shocking delivery that could be from friend or foe. Lerato finds that ghosts from the past are very much in her present.

Lincoln decides it’s time to get to the truth through the barrel of a gun. Brad faces his interview like a condemned man facing the noose. As Lerato struggles with whether or not to sleep with Hamilton, he surprises her with an unexpected offer.

Nikiwe takes a giant step towards meeting her destiny. Bradley has a roller coaster of a day. Lerato is delighted, and blinded, by Hamilton’s charm and sensitivity.

Calvin confronts the dragon in his lair. A conversation with Bradley has unexpected implications for Eddie’s love life. Lerato seems determined to back the wrong horse.

The long awaited showdown between Lincoln and Katlego finally becomes a reality. Eddie stuns Charlie with an about-turn on Brad. The guest list for Sechaba’s party is full of surprises.

Frank risks his son’s reputation by giving Nikiwe vital information. Frank does an about turn and ends up fighting for the side of true love. Lerato tries to juggle past and present unsuccessfully. 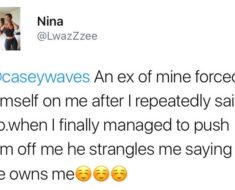