Noluntu warns Jason she’s onto him. Patricia is distraught when the kiosk closes down. Dineo’s happiness is ruined when she gets a nasty surprise.

Choppa comes up with another scheme to make money. Phenyo gets the shock of his life when he arrives back home. Not everyone is happy when a surprise visitor shows up at the Memela house.

Maude is confident baby Bryce is her grandson. Thabitha reveals just how bitter and jealous she is. Khethiwe has too much to drink and puts her foot in it.

Kimberley begs Akhona for forgiveness. Queen throws her toys when she sees what her ‘competition’ is up to. Phenyo feels it’s time to put Noluntu in her place.

Ngamla proves just how cold-hearted he can be. Dineo asks Ruby a favour and is shocked by her response. Khethiwe announces who will be running Siqalo’s new coffee shop.

Senzo warns MJ he might lose his shares in Ezweni. Kimberley has to swallow her pride when she gets a job offer. Akhona is furious about what Nicholas tells her.

Choppa’s taken aback when Isabel breaks down at work. Phenyo is floored by Thabitha’s revelation. Dineo resorts to desperate measures to protect her marriage.

Sylvia promises to try and change Ruby’s mind. The results of the audit are in and it doesn’t look good. The coffee shop partners bump heads from the word go.

Kimberley finds out Akhona’s fighting her own demons. Noluntu knows Senzo’s hiding something and vows to find out what it is. A close moment between two ex-lovers ends up in a forbidden kiss.

MJ is stunned when Choppa lashes out at him. Queen doesn’t catch on when someone commits industrial espionage right under her nose. Dineo gets warned that her husband is a cheater.

Nicholas is in the dog box after putting his foot in it. Isabel gets humiliated in front of the entire bar. Pent-up Phenyo finally gives in to temptation.

Thabitha is ready to fight for ‘her’ man. Ngamla warns he won’t be kept away from Mawande. Kimberley is disturbed by an eerie phone call.

Dineo gets devastating news at the fertility clinic. MJ demands answers from Isabel. Noluntu is shocked by what happens in Cape Town.

Senzo is accused of tampering with the audit report. Maude finds out Phenyo did a paternity test. Khethiwe shoots down Queen’s ideas for the coffee shop.

Dineo is gutted that her husband doesn’t find her attractive. Ngamla is suspicious to hear Mawande isn’t allowed visitors. Kimberley goes snooping and is caught red-handed.

Thulani crumbles under pressure and reveals all about being ‘Mzwanele’. A shocking truth comes out at the Dlomos’ dinner party. MJ comes up with a plan to help Isabel.

Thabitha has no doubt that Phenyo will cheat again. Akhona is suspicious about her friend’s ‘guardian angel’. Mawande doesn’t give Ngamla the welcome he expected.

Patricia gives as good as she gets when Queen tries to bamboozle her. Dineo goes out of her way to be a loving, supportive wife. MJ is puzzled when Noluntu smashes her cellphone.

Khethiwe gets a phone call which rattles her to the core. Choppa cuts a deal with Queen. Noluntu is in a state about her mother’s ‘disappearance’.

Nicholas wants Jacques to know NMTV was duped. Ruby is shocked to hear who’s back in town. Phenyo almost catches Dineo in the act.

Patricia gets advice on how to deal with her problem partner. MJ reveals that Kimberley kidnapped Mawande. Jason is chuffed when Ngamla falls for his manipulation tactics. 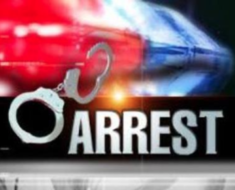