A family unites to reclaim their legacy. Mazwi stumbles upon something which holds the key to his past.
Lucy receives a hero’s send-off when she’s released from prison.

Tau is forced to hide his true feelings for the sake of his guests. Jonathan rescues a damsel in distress. Gadaffi is unaware that someone has witnessed his gruesome deed.

Cosmo cleans up the evidence and is caught in the act. Getty is stunned when she wakes up in a fancy hotel. A stranger in a strange city feels alone and overwhelmed …

The bidding for Ezweni takes an unexpected turn. Namhla’s words are like a knife in Lucy’s heart.
Simphiwe begs her fiancé to forget about his father and come back home.

Mary finds out who her friend’s knight in shining armour is. Jonathan can’t believe when Tau follows through on his threat. Gadaffi tells Tshidi to pick whose side she’s on.

Angela can’t help being envious of golden boy Smanga. Getty realises something is seriously wrong with her niece. If only Karabo knew what her husband is up to … 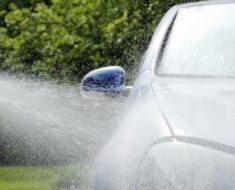