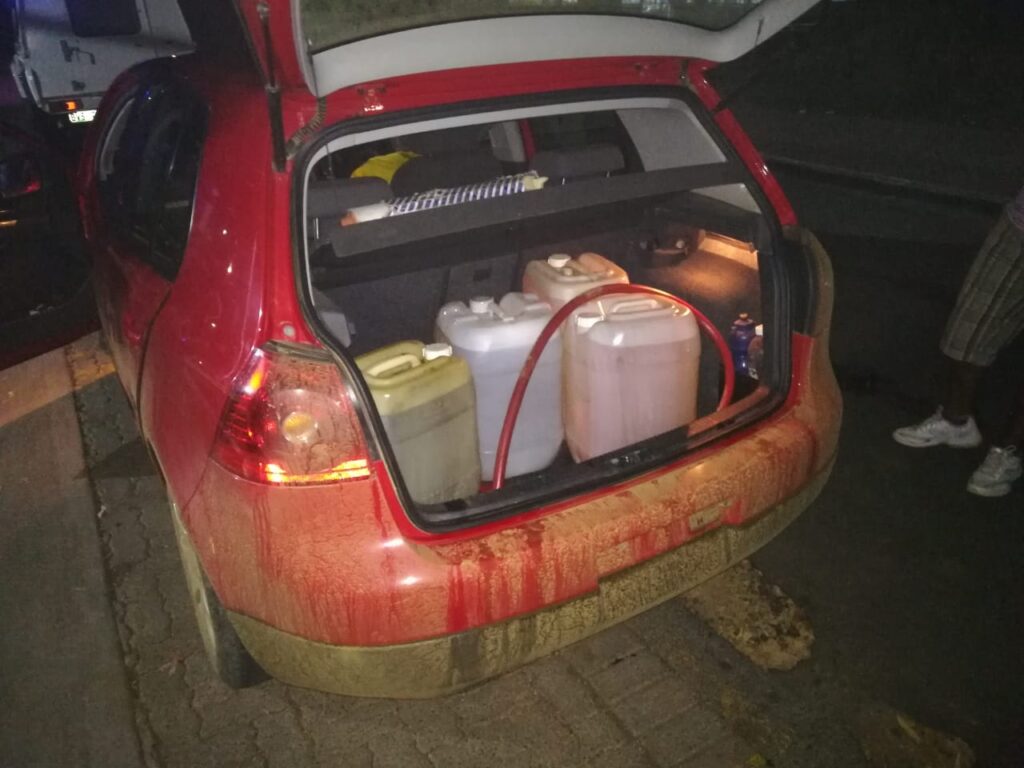 FLOUKRAAL – The SAPS fruitful relations with the farming community and the collaboration between our rural stations yielded positive results when two suspects were arrested for the theft of diesel in the Floukraal area.

It is alleged that on Saturday, 12 December 2020 at about 16:45 a farmer reported the suspicious behaviour of two men to the Floukraal SAPS.

The men indicated to the farmer that they were send by a road maintenance supervisor to collect diesel from a grader on the farm. The two men were driving a red Polo vehicle and had plastic containers and this very suspicious conduct raised alarm bells.

As soon as the information was received by Floukraal SAPS they swiftly reacted and started to communicate with the members at SAPS Lady Grey that the vehicle was moving in their direction on the gravel road.

Lady Grey members wasted no time and in no time, the vehicle was stopped and the two (2) suspects were arrested. Four (4) containers with 25 litres of diesel as well as the vehicle were also seized. On further probing on the matter, one suspect admitted to be an employee of the road maintenance agency.

The two suspects aged 29 and 40, both from Lady Grey will appear in the Aliwal North Magistrates Court today, 15 December 2020.

The Eastern Cape Provincial Commissioner, Lieutenant General Liziwe Ntshinga applauded the members on the swift reaction and the farming community for their positive contribution to the fight against crime that made the success possible. “Strong and fruitful relations between SAPS and various stakeholders continue to make inroads in the fight against crime”, she said. 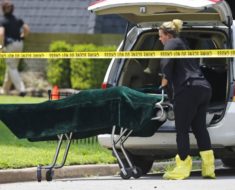 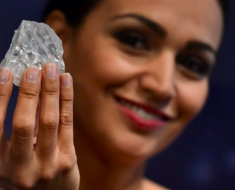 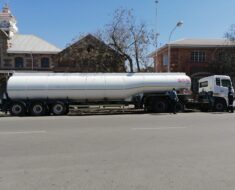 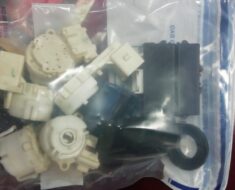