I was in 1st year of college when I knew him and he was in his 3rd year of high school. We became close because of one thing and that was “Love.”
He had a girlfriend and I had none. I told him every detail of my life and about my feelings for my crush and he did the same thing. He cared for me more than his sister and I was doing the same thing to him. I just didn’t know that I was beginning to like him because he was 2 years younger than I was and besides, he had a girlfriend.
That summer, we had a youth camp in our place. We really had a great time together and when it was time to rest, he accompanied me to the tent with his feet outside because girls and boys weren’t allowed to sleep together, but there were too many mosquitoes that he let his whole body get in the tent with the door open. But, the insects started to get in, so we decided to close the tent and we were sleeping side by side.
We talked and talked when suddenly, he asked me, “Why do I love you?” I answered him saying, “Because God said ‘Love one another.’” Then, he smiled and kissed me on the check and there was silence… after a while he embraced me and said “You’ll never forget me.” I nodded, but then he told me the same phrase again and I hardly heard him. When I asked him, he suddenly kissed my lips and hug me.
After that, I really didn’t know what to say or do because I was really shocked and shy. I just turn my back away from him and look at the stars above. He listened to the beatings of my heart and asked me why my heart was beating so fast. I blamed him for that.
The next morning, he looked at me and when we got the chance to talk, he teased me with the question, “who was your first kiss?” I just smiled because I can’t forget the time his lips touched mine. That was the time that I proved to myself and to everyone that first kisses are always the sweetest, especially if it’s an unexpected kiss… 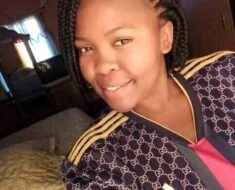