A Wine Case With A Secret Found At The OR Tambo International Airport. There wine case was meant to go to Amsterdam.

A wine case at the OR Tambo International Airport was found with some drugs inside it. The drugs were found by the drug searching group of the airport. The group was awakened when they found the case to be scaling too much for a wine case.

The police worked with the drug searching group from the OR Tambo International Airport to find more details on the narcotics. There wine case was meant to go to Amsterdam. The police say, “Upon arrival, members identified the cargo as containing boxes with sealed bottles of wine inside the crate.”

The wine case was scanned, corporeally examined and when it came to the scaling part on Wednesday, it was realised that the wine case scales more than the recommended scale. The group’s intuitions awakened, enabling them to tear the wine case apart. The group found a secret section in the wine case.

The police say, “Inside the hidden compartment, a number of packages containing brown powder suspected to be heroin were found.” The evidence that they found was delivered to the laboratories to make sure what type of drug it is. No one has been apprehended as of yet but the police are examining the incident to find the person who was sending the alleged drugs to Amsterdam.

The material was considered to cost around R1.5 million if it is found to be heroin. This is said to be part of a fight against drugs being multiplied through sending them by air. 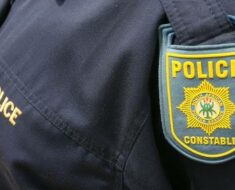 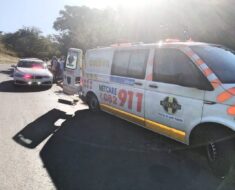