Her are some of the most uniquely built hotels in Africa, some of which are part of its inventory of more than 25,000 hotels across the continent.

Enashipai Resort & Spa is a luxurious resort situated in Naivasha, in Kenya’s Great Rift Valley. With its name meaning a place of happiness in Masai, Enashipai is built in a style rarely common in the construction industry. A touch of modern yet ancient-like finishing on its exterior, gives a mystery worth exploring by any guest.

Ngorongoro Serena Safari Lodge, Tanzania is an absolutely unique property sitting on the brim of the glorious Ngorongoro Crater, the eighth wonder of the world. The lodge is built from local river stones and camouflaged with indigenous vines, designed to blend completely into the landscape.

Uganda also takes pride in having one of the most uniquely built hotels. The Kampala Serena Hotel, Uganda boasts of a water-themed architecture (reflecting Uganda’s abundant lakes and rivers), flamboyantly polished and blended with the natural rocks around it.

Hippo Point is a uniquely built private wildlife conservancy, located on a peninsula between Lake Naivasha and Lake Oloidien in Kenya. A 115-foot Cypress clad tower known as Dodo’s tower, is an irreplaceable piece of architecture that gives a blending feel with the nature and especially the tall Acacia trees that surround it. A touch of European decor and locally handmade furniture, complete the intricately built tower. Here, guests wake up to a cool morning with the chirps of birds and roars of wildlife; marked by a dark archipelago of hippos in the lake shore water.

Located in Ngorongoro Conservancy in the East African country, Tanzania, Ngorongoro Crater Lodge is built in a traditional style, depicting idiosyncratic thatched rooms. The rooms are well placed on the very rim of the crater, overlooking its floor. The luxury and comfort here are embedded by all that nature has to offer, including wild animals such as buffaloes that wander around.

Oh, a spectacular masterpiece only made possible by a creative human mind. Once the home of feudal caïd (a local baron), the hotel maintains its traditional blend with the Atlas Mountains in Toubkal National Park, Morocco. This secluded property is just the perfect fit for hikers.

You would be forgiven to mistake this for a bird’s nest lost in the woods. Overlooking the Sweni River in the northern Kruger region, South Africa, Singita Sweni Lodge is entwined with wild bushes, giving a rich luxurious sensation of a treasure land. Its opulent suites are concealed by the river banks, which are also home to intermittent bird species as well as water antelopes. The open plan design of the 6 suites connects the interior to the outside natural surroundings.

An 1895 hotel on Long Street in Cape Town, South Africa, Grand Daddy Hotel is an incredibly original work of workmanship with a memorable archetypal shape. According to the hotel’s website, this is where business and pleasure meet in breathtaking fashion.

Remember the Stone Age era when man lived in caves? Now imagine a cave refurbished into a simple but modern finish. This is exactly what you find at Marataba Safari Lodge, nestled with the natural environment beyond its walls.

With a triple pyramid-like structure as part of its distinctive design, Essque Zalu in Zanzibar is intertwined with the blue reflection from the water and the sky. During the night, the spectacular view is nothing less than a heavenly creation; a paradisiac intimate sensation. The thatched hotel’s suites are also crafted with local artwork, a perfect honeymoon getaway.

Do not be mistaken, these are not some sort of abandoned booths in the bush; but the structures that make up Mara Serena Safari Lodge.  Located in Kenya’s Masai Mara, the lodge is themed in reflection to the circular traditional Masai manyatta (traditional houses). Their rich and bold organic green color patently blends it with the rich natural surroundings, overlooking the famous Mara River.

For water lovers, The Manta Resort, Pemba Island, Tanzania is the perfect escape from civilization to a serene place with close encounters with the water’s nature. Floating in water and with an underwater room, this adventurers’ resort is the kind you only come across in the movies. Dive, swim and stay in close contact with all that the waters of the Pemba Island have to offer.

In preserving the ecosystem, Mumbo Island camp is constructed from timber, thatch and canvas.  It rests atop high rocks and overlooks the sparkling water which magnificently reflect its image. The surrounding vegetation goes a long way in making the atmosphere clean and unforgettable. Its seclusion provides privacy in the well secured Island.

Located in Matmata in Tunisia, Hôtel Sidi Driss is a centuries old Berber house, famous for filming of several movies including the Star Wars. The hotel is made up of pits; four of them with rooms and the fifth, the Star Wars pit, hosting the hotel’s restaurant (which remains a dining area just like in the film).

Visiting Dar Hi is like commencing on a discovery journey of your inner being. The hotel is a contemporary architecture made from huge concrete apartment blocks. The craftsmanship however, retains a close relationship with the locals as well as the environment. 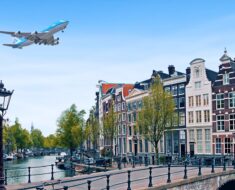 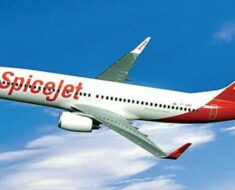 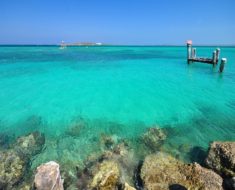 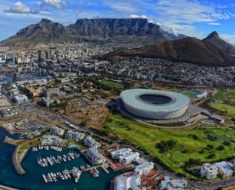 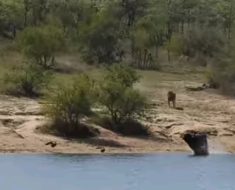